Code Orange
September 2014 edited October 2014 in Model S
He struck when dawn approached, with a determination he barely knew resided within him. He had suffered enough. Having pushed himself to the brink of financial ruin by purchasing a Model S, he could no longer tolerate the ICErs, those smug, oblivious, fossil-fuel consuming fools who blithely hogged the Tesla parking spots at the Greenwich, CT southbound Merritt Parkway supercharger.

So he planned. Bided his time. Then, with a stunning display of dexterity, he placed a bunch of orange traffic cones in the middle of the Tesla parking spots, each cone prominently displaying a sticker "No Parking: Space Reserved for Tesla Charging" 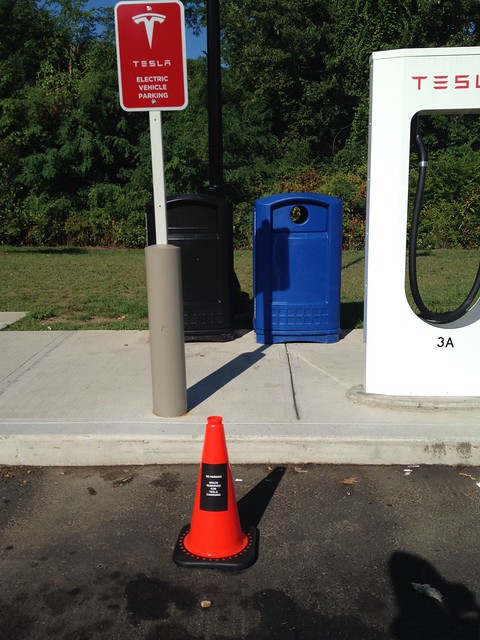 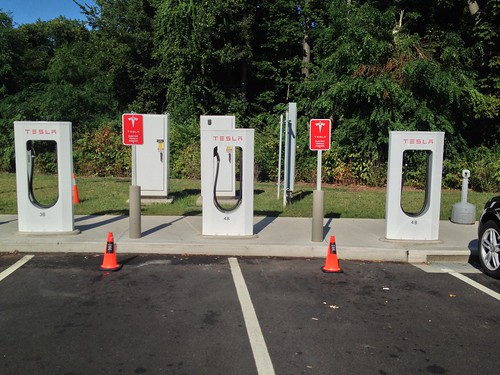 Then, summoning courage welling deep from within him, he . . . ran away really quickly, tripping over loose gravel as he raced to his Model S to speed away, before any of the ICErs could catch him. And they were chasing him, he was sure of it. He could feel their hatred, their ignorance. If only he could get to his Model S before being captured . . . He knew that once inside, the instantaneous thrust from the 1,600 lb battery would catapult him to safety.

He fumbled with the fob, so frightened that he forgot the foremost feature of the front door, the automatic presentation of the door handle. He scrambled inside, threw the car into drive, and raced down the Merritt, onto Route 287, then veered sharply onto I-95 north towards the Connecticut shoreline, his anonymity assured by the clogged traffic choking off the air supply.